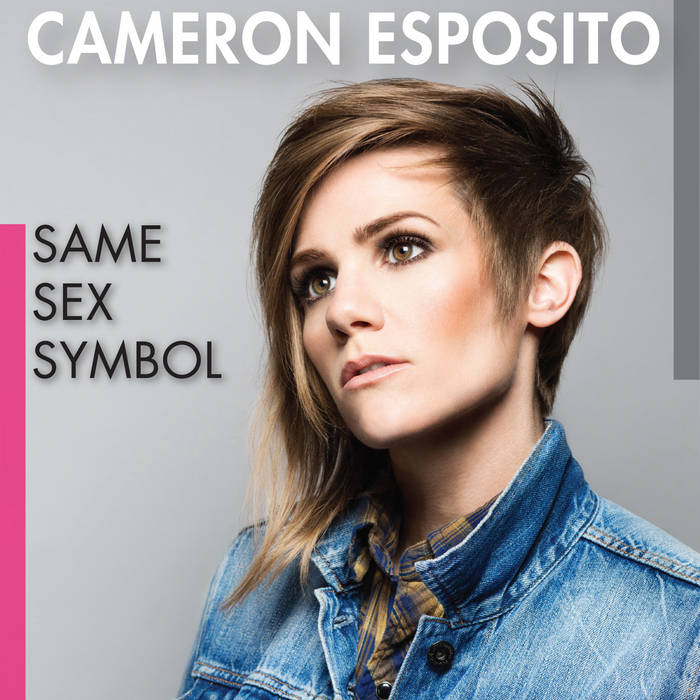 Erica Burns I totally related to this track , b/c eye too, had the horrendous patch. I was laughing so hard! to top it off I had the hideous brown welfare glasses. It was not my best look. Favorite track: Disposable Eyepatch.

Cameron Esposito has been seen on the Late Late Show with Craig Ferguson (CBS), Chelsea Lately (E!) and TakePart Live (Pivot) and heard on National Public Radio programs Bullseye and UnFictional. She has written for VICE, The Advocate and has a regular column on the AV Club. Cameron will be featured in upcoming episodes of Maron (IFC) and Adventure Time (Cartoon Network). Her late night television debut on Craig Ferguson was called “the most memorable first time on a late night show for any comedian in recent history.” (Splitsider)

A regular guest on top comedy podcasts like Comedy Bang Bang and How Did This Get Made, Cameron is also the creator/host of Wham Bam Pow, an action/scifi movie podcast on the Maximum Fun network and Put Your Hands Together, a weekly standup podcast and live show taped at the Upright Citizens Brigade Theatre in Los Angeles. She is currently developing television projects with FOX Television and Earwolf Productions.

Known for her inviting, Punky-Brewster-as-a-grown-up energy, Cameron has been named a “Comic to Watch” by LA Weekly, Time Out Los Angeles, Flavorwire, afterellen.com and Cosmopolitan Magazine. She has also been featured as a “Critics Pick” by Time Out New York, Time Out Chicago, the Chicago Reader and been given a “Best Of” by Chicago Magazine, LA Weekly and the Portland Mercury.

Cameron has performed at TBS’ Just for Laughs Chicago (The AV Club’s Best of the Fest), SXSW, SF Sketchfest, and the Bridgetown (Portland Mercury’s Best of the Fest), Aspen Rooftop, Leicester (UK) comedy festivals. She also toured nationally as a circus ringmaster, which is very cool. She released her debut album, Grab Them Aghast, on Rooftop Comedy Records in 2010.

“Whip smart. One of the most exciting young stand ups in the country.” - Portland Mercury

“One of the best up-and-coming comedians working today," - The AV Club

“Comedy’s next breakout star. She fuses the plucky charm of Amy Poehler with the assured storytelling of Louis C.K." - Chicago Magazine

“You’ll fall in love with her.” - SerialOptimist

Recorded at Mississippi Studios in Portland, Oregon, May 30th 2014.
Written and Performed by Cameron Esposito.

Bandcamp Daily  your guide to the world of Bandcamp

Featured sounds by K.Spark and WIZDUMB, plus Basi joins the show to discuss his latest release.